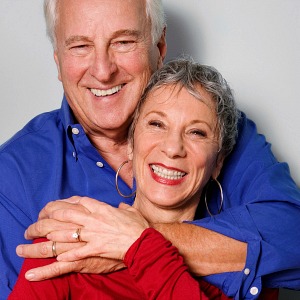 (A big welcome to Judith Claire and Frank Wiegers, a married couple who are relationship experts and authors of the award-winning book, “So That’s Why They Do That! Men, Women and Their Hormones.” Yes, friends, they’re going to help us learn about relationships — the good, the bad, and the ugly — through movies and TV. Be sure to check out their website, TopGunLove.com, and follow them on Facebook and Twitter @topgunlove … love and kisses, Jane)

Synopsis: Disgraced music executive Dan Mulligan (Mark Ruffalo) is in a bad place in his life, both personally and professionally. Gretta James (Keira Knightley in her first singing role) has just broken up with her long-time boyfriend and songwriting partner Dave Kohl (Adam Levine of Maroon 5 in his first acting role). Meeting by chance, Dan and Gretta decide to make music together.

The plot revolves around them recording Gretta’s shoestring, indie album with the intention of selling it to Dan’s former record company. The subplot, however, is about Dan and Gretta dealing with the pain of being betrayed by their respective mates, and deciding how to move forward through the heartache. Naturally Frank and I, being who we are, are focusing on the relationship issues rather than the music.

SPOILER ALERT: We’re going to dissect the flashback scene that ended the relationship between the musician lovers played by Keira Knightley and Adam Levine.

In a flashback, we see the arc of Gretta’s relationship with Dave, whom she’s lived with for five years, loves madly and writes songs with. He’s a budding rock star, and they come to New York so he can record a new album.

After a couple of weeks, he takes a short trip to L.A. with the team from his label. Remember that pivotal scene where he returns? The very first thing he does is play her a new love song. Just a few bars into it, we see the hurt on Gretta’s face and her eyes welling with tears. She slaps him, saying, “How dare you!” She knows him well enough to know the love song isn’t for her. He’s surprised that she gets it, admits betraying her with the beautiful marketing exec who accompanied him to L.A., and tells her he doesn’t know where this affair is going, but wants to see it to the end. She leaves him and stays with a friend.

Could this happen? Anything can happen in life, but we find some parts more believable than others. About Gretta’s instant realization: (Claire) In my youth, I wrote song lyrics with the first love of my life, and I’d know in a flash if any songs he’d written were for me or not. Aside from that, women’s brains are wired to be masters at reading faces, and body language, and hearing tones in voices. (After all, Nature needed mothers to understand their infant’s nonverbal needs.) Men’s brains aren’t so wired, therefore women can seem psychic when they bust them.

What about the shock of Dave’s betrayal? Gretta didn’t see it coming. Is that likely? It could be, as too many of us have discovered. On the other hand, what we’ve found in counseling is that an affair doesn’t come out of nowhere. Couples in relationships have conflicts that may not get resolved and needs that may not be met. When they build up over time, a partner who isn’t actively looking for an affair can be open to one if temptation arises.

Still, from what was presented in the film, those conflicts and unfulfilled needs didn’t seem to exist between Dave and Gretta. Or did they? There’s the scene where Gretta watches Dave get an award and give an acceptance speech about how the award fulfills his dreams. When she comments that he never had those dreams, Dan suggests that maybe they were personal to Dave. Indeed, maybe they, and his desire to have other women, were private.

A common red-flag for a potential breakup are those secret needs, thoughts, and even decisions that men and women won’t share because they’re afraid of how their mate will react. Many a prospective bridegroom has nervously communicated to us that he was worried about having sex with one woman for the rest of his life, or that he wondered if he would be able to be faithful. (On a happy note, married people have way more sex than singles.) And from the unfaithful men and women, we hear that their lack of emotional or sexual fulfillment was the impetus for being unfaithful. The bottom line is that the conditions for an affair exist for an affair to happen.

What we find most implausible is the dynamic of the breakup. Dave is mildly regretful and Gretta is angry. After five years of living together, loving each other and bonding through their music, neither is willing to fight for the relationship–or even fight. Why is Gretta so passive? She’s fiercely independent and absolutely willing to confront conflict and battle for her music. Why not for her relationship? Has Dan done this before? Does he make global decisions for the both of them and she can’t reason with him? We don’t have a clue because the filmmaker doesn’t show us.

In real life, breakups are messy, emotionally dramatic and people suffer. Perpetrators feel guilty or justify what they did or both. Victims get angry, go deep into depression, cry, blame their partner, blame themselves, talk obsessively about it, and want to speak to their former mate to feel better and find resolution. Not Gretta or Dave. They’re pretty similar. While she’s upset, but mainly focuses on making her album, the untroubled Dave goes off and finishes his.

Notwithstanding the filmmaker’s shortcomings, the lesson here is to fight for your relationship if it is valuable to you. It starts with the basics: healthy, honest communication; asking for what you want; sharing your fantasies and fears; and having the courage to deal with sticky problems. And should a betrayal occur, go to couple’s counseling and see if any of the underlying issues can be fixed. If they can’t, you will learn more about who you are, what you want in a partner, and what you will or won’t do in the future.

Have you seen “Begin Again”? What do you think? Is Dave and Gretta’s relationship believable?